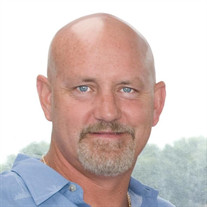 Timothy S. “Tim” Ryan, Jr., 57, of Elgin died unexpectedly on April 24, 2022, at Advocate Sherman Hospital in Elgin., IL. He was born on February 19, 1965, in St. Paul, Minnesota, the son of Timothy S. Ryan and Maryann (Nicoski) Ryan. Tim graduated from Janesville Craig High School, Class of 1983. He was very involved in Craig sports, with football being his main interest. Throughout his time playing sports, he developed many lifelong friendships. Following graduation, Tim attended UW-Platteville where he continued his football career. He later graduated in 1988 and began his career as a Project Manager in the Chicagoland Area. Tim met Constance Tsonis and they later married in 1996. They raised three beautiful children; Michael (Mike), Tim III and Mikayla. The kids attended Huntley School District where they all participated in sports and extracurricular activities. The family greatly enjoyed spending their free time on their boat; engaging in water sports and relaxing at their boat slip. He is survived in death by his wife, Connie; their three children, Mike, Tim, and Mikayla; his parents, Tim and Maryann Ryan; his sisters; Tammy Schroeckenthaler (John) and their children; Jake, Taylor and Brandon, and Tracy Hinaus (Rick) and their children; Kelsey, Mina, and Ryan. Tim is preceded in death by his grandparents; George and Margaret Ryan, and Stanley and Marian Nicoski; and his uncle, Richard Nicoski. Visitation will be held on Friday, May 6, from 4-8pm at James O'Connor Funeral Home, 11603 Main Street in Huntley. This will be a time for Tim’s family and friends to gather and share stories and memories of Tim’s time with us. Those who wish to remember Tim in a special way may donate to a charity of their choice, in Tim’s honor.

The family of Timothy S. "Tim" Ryan Jr. created this Life Tributes page to make it easy to share your memories.

Send flowers to the Ryan family.